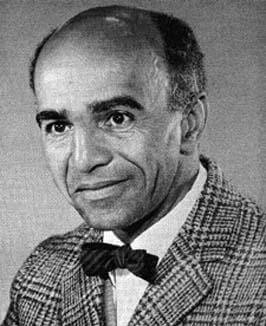 David Harold Blackwell (1919 – 2010) was an American statistician and mathematician who made significant contributions to game theory, probability theory, information theory, and Bayesian statistics. He taught at Howard from 1944 to 1954 and chaired the Howard math department during the later part of that period.

He was also posthumously awarded the National Medal of Science in 2012.